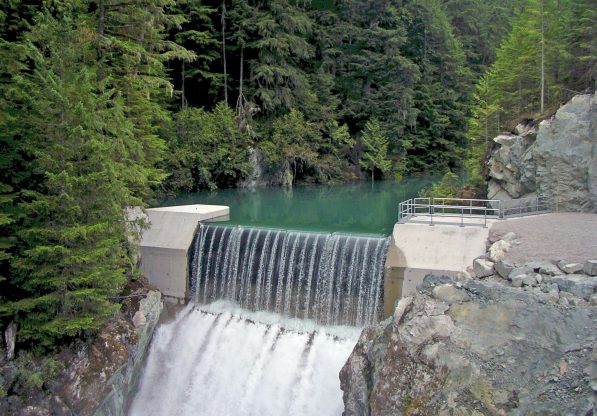 Located on the Mamquam River, near the Squamish area about an hour north of Vancouver, this run-of-river hydro-electric facility became commercially operational in 2005. The facility generates an average of 103,000 megawatt hours per year of power, which are contracted to BC Hydro for 20 years.