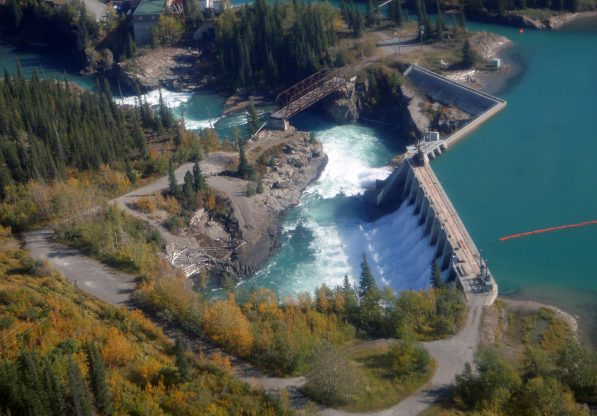 The Kananaskis Plant was TransAlta’s second power plant, built in 1913. It was expanded in 1951 and modified again in 1994.

The Kananaskis Plant is one of TransAlta’s four hydro plants on the Bow Mainstream System, which is part of Alberta’s Bow River Electric System. The plant is a run-of-the-river plant. Instead of storing water in a reservoir, the plant generates power from the river’s natural water flow.

The Kananaskis Plant generates an average of 93,500 megawatt hours each year.

The plant is named after the Kananaskis River. The river was named by Captain John Palliser after he heard a Cree tale about Kin-e-ah-kis, who survived a blow from an axe that should have killed him.