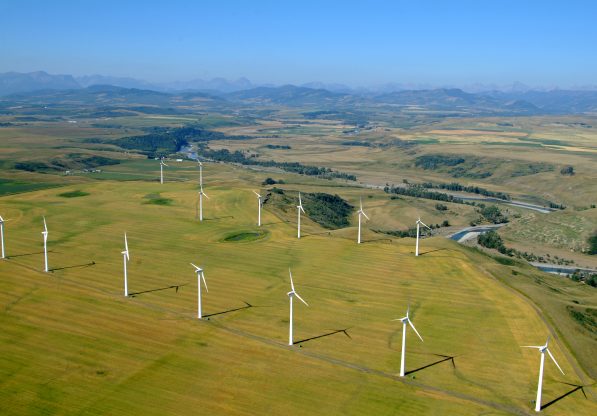 With 60 turbines, the Castle River facility has a total capacity of 44 megawatts. Seven additional turbines producing 3.78 megawatts are located nearby. This facility started with a single turbine that began operation in November 1997. Subsequent units were installed between June 2000 and July 2001. Castle River wind facility is wholly owned by TransAlta.

The Green Energy® produced at Castle River is used to supply customers who are committed to making a difference through their electricity purchase.

The 60 turbines annually produce 125,000 megawatt hours of electricity, which is enough to reduce carbon dioxide emissions by 87,500 tonnes.

Note: TransAlta gratefully acknowledges Natural Resources Canada (NRCan) for its support for this project through the eco Energy for Renewable Power (eERP) program.