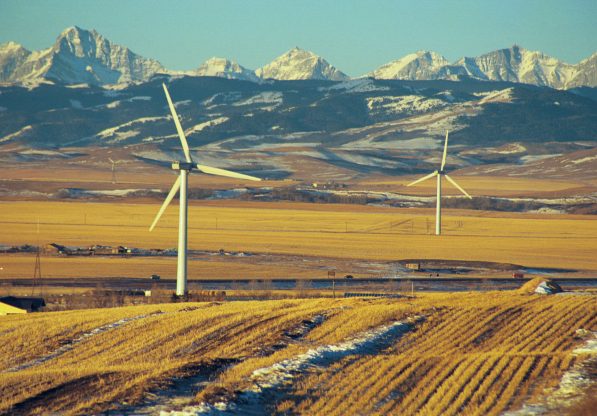 The Sinnott wind facility in southern Alberta includes five turbines, each producing 1.3 megawatts of power and is situated directly west of Pincher Station.

The turbines are mounted on 46 metre towers and operate in wind speeds of up to 100 kilometres per hour. One of these turbines, operating for about 35 minutes, generates enough electricity to power a typical home for a month. Each year, the Sinnott facility generates close to 17,500 megawatt hours of electricity.