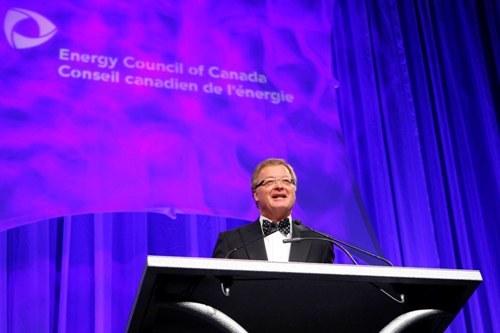 President and CEO Steve Snyder speaks after being named the 2010 “Canadian Energy Person of the Year.”

CALGARY, Alberta (Oct. 27, 2010) – The Energy Council of Canada (ECC) is pleased to recognize Stephen G. Snyder, President and Chief Executive Officer, TransAlta Corporation, as the 2010 Canadian Energy Person of the Year. Established in 2001, this prestigious award recognizes leaders who have made remarkable contributions to the energy industry in business or government sectors, as well as the community at large. 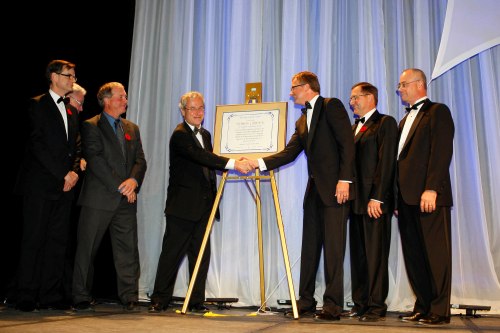 TransAlta is a power generation and wholesale marketing company focused on creating long-term shareholder value. TransAlta maintains a low-to-moderate risk profile by operating a highly contracted portfolio of assets in Canada, the United States and Australia. TransAlta’s focus is to efficiently operate our biomass, geothermal, wind, hydro, natural gas and coal facilities in order to provide our customers with a reliable, low-cost source of power. For 100 years, TransAlta has been a responsible operator and a proud contributor to the communities where we work and live. TransAlta is recognized for its leadership on sustainability by the Dow Jones Sustainability North America Index, the FTSE4Good Index and the Jantzi Social Index. TransAlta is Canada’s largest investor-owned renewable energy provider.